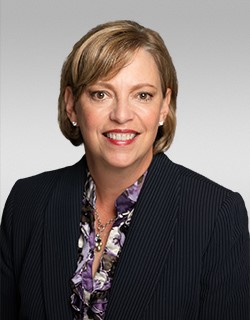 After graduating, Ginger relocated to Richmond, VA, where she worked six years for Security Federal Savings & Loan, which later became Crestar Bank. Ginger joined Central Carolina Bank in 1992 as an account administrator in the trust and investment management division located in Durham, NC. In 1995, Ginger graduated from Southeastern Trust School at Campbell University and transferred to Greensboro, NC, as a trust administrator. During her ﬁfteen years with Central Carolina Bank, now SunTrust Bank, she managed client relationships totaling over $60 million in assets.

Ginger joined Investors Trust Company in 2008 as relationship manager. Ginger is active in her community as a member of her church. Ginger lives in Durham with her husband, Jim, and his two children. She enjoys spending her free time reading, golﬁng, traveling, attending the theatre, and watching ACC sports.