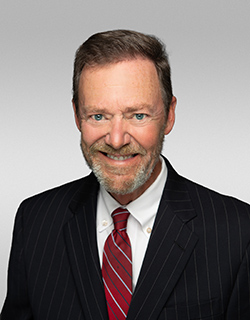 Steve has been helping individuals, foundations, and businesses analyze, understand, and plan for their financial future for more than 30 years. He particularly enjoys working with individuals to understand their financial goals, needs, fears, and options as they plan for retirement and the legacy they desire to leave to their children, grandchildren, and in many cases, their community.

Steve currently serves on the boards of the Hope Valley Country Club, as president, and the Mayflower Society in the State of North Carolina as governor; and is a past deputy governor and past treasurer of the North Carolina Society.

Additionally, Steve has written two books on family history, and has been published in The Mayflower Quarterly magazine.

A graduate of Dickinson College in Carlisle, PA, with a degree in Economics, Steve also holds a Master’s Degree in Business Administration from the University of North Carolina at Chapel Hill. He lives in Durham, NC, with his wife, Nancy. Steve and Nancy have four grown children.